Token Holders Respond with a Rush of Demand for ICOS Projects 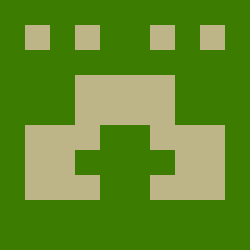 Latest posts by Zach B (see all)

ICOBox recently gave holders of their ICOS tokens the chance to exchange tokens for five different ICOS projects, and the response from token holders was overwhelming: a limited number of tokens were available for each project, and several were oversubscribed by substantial amounts.

The ICOS program was set up to allow token holders to gain access to new and interesting projects, by exchanging ICOS tokens for the tokens of new platforms, as voted on by ICOS token holders themselves. ICOS token holders can exchange their tokens at 0.04 BTC for 1 ICOS. The projects available under the program are rotated periodically, and tokens are frequently offered at an attractive discount of up to 75%.

Among January’s offerings, the projects that saw the highest demand were:

Crowd Genie, whose CGCOIN token will be an integral part of an Asia-wide ecosystem designed to connect small- and medium-sized enterprises with lenders. Based in Singapore, Crowd Genie has already been operating successfully for more than 18 months. The 150,000 tokens available were snapped up so quickly that many went away empty-handed: there were bids for nearly nine times as many tokens as there were tokens available!

Transcodium intends to create a peer-to-peer, blockchain-based, decentralized media transcoding, editing and distribution platform. Users participating in the transcoding process will be rewarded with TNS tokens, which can be exchanged or sold to customers that want to use the system. Just over 400,000 tokens were made available through ICOS, but demand for the project’s tokens soared to five and a half times the available tokens.

The token offered by NTOK is part of an already-functioning system for linking tutors and instructors with students all over the world. Students can use NTOK tokens to study with a teacher directly, paying no intermediary fees, while tutors can use tokens for educational materials to use in their lessons. The 115,000 tokens on offer to ICOS token holders were also quickly sold out, with demand at over five times supply.

ICOBox co-founder Mike Raitsyn considers the booming demand for these and other ICOS projects to be solid evidence of the benefits available to companies that want to pursue an ICO but may not have the funding or expertise. “ICO technology makes it easier for projects to collect funds, but it still takes money to make money, and an ICO does usually require significant funds to start,” says Raitsyn. “The ICOS program gives practical advice and tools to projects that have a great idea but may be short on funding, and in return these projects agree to sell a certain portion of their tokens through the ICOS platform. Everybody wins: ICOS token holders get great deals on tokens, and projects get the help they need for their ICO.”

More information on these and other projects participating in ICOBox’s ICOS program is available at https://icos.icobox.io.