A Look At The Ledger Nano S Wallet 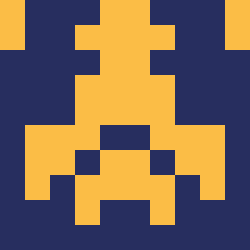 Latest posts by petebcoleman (see all)

Earlier this year, we wrote up a comparison of the best Bitcoin wallets. Highlighting choices like Coinbase, Copay, Electrum, and others, it was a detailed look at the various factors that differentiate one popular option from the next. For the most part, however, the comparison focused on software wallets – which is to say those that operate through mobile apps and desktop tools, and are accessed exclusively in a digital fashion.

For those who may be less familiar with Bitcoin wallets it’s worth noting that there are also some popular “hardware” wallets out there. In one overview of cryptocurrency storage systems, hardware wallets are described as small USB-type devices that contain private address keys needed to spend Bitcoins. Some find them a little more reassuring from a security standpoint, because they can be held onto and aren’t vulnerable to hacking. However, they can also be a little bit less convenient to use, which ultimately is why software wallets get more of the spotlight.

That said, there was a hardware wallet released earlier this year that has generated a fair amount of attention. Ledger, which has been a name in Bitcoin storage for some time now, released the Ledger Nano S, the latest in a series of hardware wallets and one of the most sophisticated options on the market.

Available for just $65, the Ledger Nano S is about as sleek and user-friendly as it gets in this category, though some will surely remain loyal to Trezor, its chief competitor. It’s about the size of a thumb, and comes with a protective aluminum casing that folds away like part of a pocketknife apparatus. That all makes for a pretty slick visual (not to mention physical stability), but more importantly, the device is easy to use. One reviewer claimed to have tested the Nano S with her seven-year-old son, and while children these days often grasp cutting-edge technology as well or better than their parents, it’s still impressive to hear that a child of that age could get the hang of it. After some set-up, the Nano S simply needs to be plugged into a computer through a Google Chrome extension, and a page for managing accounts becomes easily accessible. From there, it’s just a matter of acquiring Bitcoins (or other cryptocurrencies), storing, and managing them.

A lot of people still prefer the idea of software wallets. But without too many new options coming out in 2016, even as Bitcoin goes further into the mainstream, the Ledger Nano S is worth looking into. It’s not groundbreaking, but it’s a nice step forward in hardware wallets for cryptocurrency.