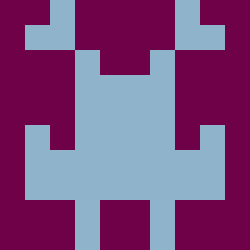 Since its inception the digital crypto-currency Bitcoin has made a meteoric rise across the globe and infiltrated numerous gambling entities. With this innovative currency players are given the ultimate power to control their own funds, and it is therefore being accepted as a favourite payment technique in the betting realm. During the course of their existence Bitcoin gaming platforms have so far paid out tens of thousands of BTC in winnings to several high rollers.

Internet high roller takes home close to 11,000 bitcoins—or about $1.3 million
The first biggest Bitcoin jackpot win in gambling history was recorded in September 2013 at Just-Dice.com when in just one weekend of furious gambling, a single online high roller took home close to 11,000 bitcoins—or about $1.3 million. The man, identified online as Nakowa, turned one of Bitcoin’s most popular and profitable casinos into a loser. Just-Dice.com is a European-based cyber casino, presenting punters a set of dice games played for the highly valuable digital currency Bitcoin.

Bitcoin casino jackpot of $255,000 is deemed a ‘landmark’ win
Recently it was recorded that an online Bitcoin player accomplished an online gaming milestone after winning 160 BTC in a single spin with the slot game Troll Hunters via online casino CloudBet in March 2017. The anonymous punter successfully made a huge turnover on his wager of 0.16 BTC (roughly $188) to scoop $255,000 over the course of his session. The achievement, which equates to a profit of approximately 135,638%, was without delay lauded by CloudBet as a “milestone” for Bitcoin online gaming history.

It’s difficult to estimate accurately where this generous win figures in the overall scheme of Bitcoin payouts, due to the fluctuating exchange rate of the currency as well as the absence of comprehensive documentation of online players’ activity. Several media outlets have disagreed that the Troll Hunters’ win is the biggest single jackpot in Bitcoin history – an allegation that’s difficult to validate. What’s evident is that other bettors have walked away with substantially bigger bitcoin hauls from single spins in the past, but since Bitcoin reached an all-time high this year (surpassing the value of gold for the first time), it’s possible that the 160 BTC haul is worth more than others. Nevertheless it is unmistakably clear that this anonymous CloudBet gambler walked away with an awful lot of Bitcoins.

Irrespective of whether it was the largest Bitcoin win from a single spin, the amount is undoubtedly a landmark one and persists to strengthen Bitcoin’s reputation as a serious, eminently tradeable, form of currency. There might have been a propensity to look down on the currency as something of an online novelty in the past, but then again with transactions such as these turning out to be more and more common, people are being prompted into taking notice.

During a press release a spokesperson from CloudBet made the following statement: “”For us, this signifies a new era in the relentless growth of Bitcoin gambling. Bitcoin is faster, easier and more secure so big winners can get paid instantly. This attracts players, offering more liquidity and enabling higher limits than many operators. We welcome high rollers so we’re delighted to see this happen and would love to see the record beaten again.”

The potential of the Bitcoin currency is being recognised across the globe . It’s safe, reliable and fast. It looks very much like this increasingly popular currency is here to stay. To find out more about Bitcoin Casino look what the guys @ online-casinos ca have to say. These guys are well-informed on Bitcoin casinos.